First-time homebuyer Jacqueline Schaffer bought an apartment in Cloverdale in May with a closing date in early August. But by the time her bank completed an appraisal 10 weeks later, her property was worth less than she had agreed to pay, and she only had a week to come up with the difference needed to complete the deal.

It’s a cautionary tale as buyers and lenders grapple and adjust to rising rates and falling values.

Other realtors and brokers not involved in Schaffer’s purchase agree it is unusual for a lender to take such a long time to order an appraisal after an offer is accepted.

“An appraisal should have been ordered at time of purchase, especially in an environment where it was obvious that prices were beginning to decline and interest rates were going up,” said Vancouver real estate agent Steve Saretsky.

But another said that in a slumping market, banks and other lenders are wary of acting too quickly.

“It is definitely not normal for a bank to take 10 weeks,” said Surrey real estate agent Mayur Arora. “However, I am noticing a delay and slow response rate for banks to do appraisals and providing approvals.”

He think lenders want to ensure that the values are not going to drop by double-digit percentage points as that puts their loans in jeopardy.

She said her agent at Prospera Credit Union in Coquitlam didn’t order a full appraisal until July 19. In an email, he replied he thought it had been ordered long ago. He then went on vacation between July 12 and 19.

On July 28, he informed Schaffer that the full appraisal returned a value of $310,000, which meant her property was worth five per cent, or $13,000, less than what she agreed to paying the seller in May, and she needed to come up with the difference with under a week to the closing date.

In the end, to close the deal this week, she hastily took the credit union’s offer of a line of credit for the $13,000 at an interest rate of 4.75 per cent, which is higher than her original 3.78 per cent. It initially gave her a much higher rate of 6.7 per cent for that amount.

The credit union also let her to keep a promotional cash bonus of $2,000 even though her mortgage is now technically less than the qualifying amount, and threw in four random gift cards to Canadian Tire, Starbucks, Home Depot and a gas card, worth $175 in total.

Michelle Gagne, manager of communications at Prospera, said, without divulging specific details, the circumstances in the case are unusual.

She said Schaffer made the offer with no subjects, including one to financing, “which wasn’t in line with her pre-approval and put the purchase at risk.”

“The process took longer than usual, but with the declining market in recent months, there would still have been a difference in price she offered (well above asking price) and the appraisal (whether it was conducted in June or July.)”

“Everything on the market was going for above asking prices at that time,” said Schaffer.

Schaffer’s mother agrees no one can control the market, but asks what accountability lenders have to homebuyers in this kind of market.

In early July, the MLS benchmark price for all properties in Greater Vancouver was still higher than it was in 2021, but many median prices, which give more of a real-time snapshot, have been falling since the spring as interest rates go up and the market responds with fewer sales.

“They say they have no obligation as to when this is ordered, but we have emails recognizing they were aware of the (market) decline and it still went unordered until 10 and a half weeks after her offer was accepted,” said Vanessa Schaffer.

She is proud that her daughter was able to make a purchase in this expensive region, working and saving $65,000 on her own, “without a penny from anyone else,” while living at home and paying a small rent.

“I’m hoping to bring attention to this scenario so other homebuyers are fully aware and don’t have their dreams slip away, and for banks to be more accountable on the procedures they are expected to do.”

More news, fewer ads: Our in-depth journalism is possible thanks to the support of our subscribers. For just $3.50 per week, you can get unlimited, ad-lite access to The Vancouver Sun, The Province, National Post and 13 other Canadian news sites. Support us by subscribing today: The Vancouver Sun | The Province.

Sign up to receive daily headline news from the Vancouver Sun, a division of Postmedia Network Inc.

Thanks for signing up!

A welcome email is on its way. If you don’t see it, please check your junk folder.

The next issue of Vancouver Sun Headline News will soon be in your inbox.

We encountered an issue signing you up. Please try again

Tue Aug 23 , 2022
A mansion on a private island on Minnesota’s Bald Eagle Lake is on the market for $6.6 million. The house sits on an island in the middle of Bald Eagle Lake, Minnesota. 8710 Photography The entire island, known as One Bald Eagle Island, spans 2.3 acres and sits in the […] 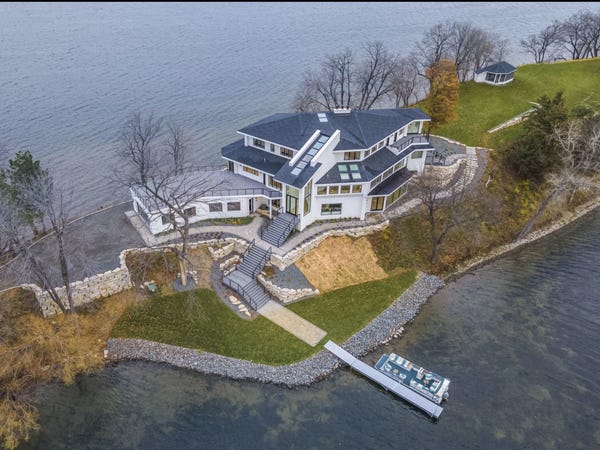